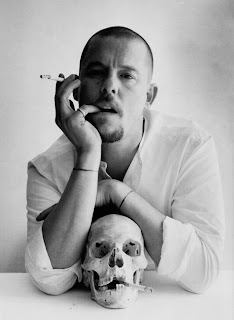 {17 March 1969 – 11 February 2010}
So really what do you say about someone like Alexander McQueen???? He's been a hero of mine since I first saw his stunning creations...More than any other designer he really touched something deep inside me....He celebrated so many things that i loved as well...the beauty in the macabre...the sensuality that is found in darkeness...and the joy in the shadows of nature...in his clothing I always imagined myself an insane heiress wandering the ruins of an old mansion looking for a lost love...or as an alien creature exploring a desert landscape of a foreign moon.....or something more than human,a hybrid somewhere between man and beast...His clothing relyed HEAVILY on the fantastical...and...  He was constantly pushing fashion ahead and was  creating these worlds for all of us to get lost in.....and with impeccable tailoring and jaw dropping styling he grabbed fashion by the neck and shook it into a new era.....and not to be flip...but...the man was pretty hot too..non!?!?!?!


And now the MET is celebrating the body of work he left behind....with Alexander McQueen: Savage BeautyMay 4, 2011–July 31, 2011 Iris and B. Gerald Cantor Exhibition Hall, 2nd floor.......over 100 pieces of clothing from ALL his collections INCLUDING his graduate colletion from Central St Martins in London {!!!} as well as a room full of accessories created for him AND a viewing room featuring his runwayshows on video screens!!!!! I actually took off from WORK to go see this since it's like a national holiday...w ell for me at least... 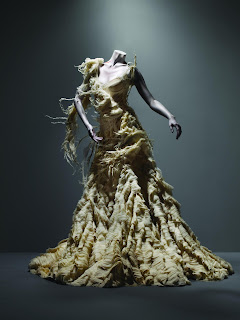 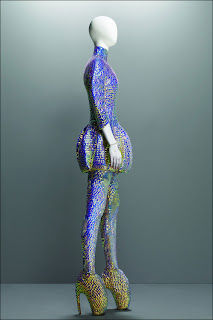 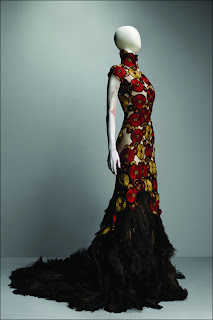 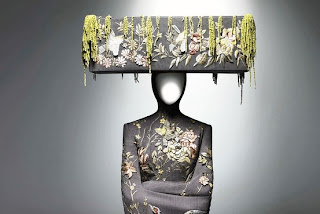 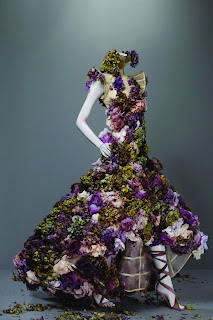 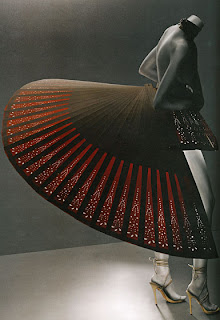 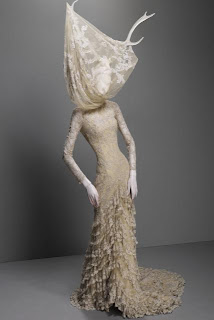 and as a little 'bonus" one of my FAVE McQueen moments...watch as he crates an outfit on site by destroying another one....the energy...and the creativity...it just makes me shivvver everytimewatch it !!!!!
Posted by PUREVILE! at 9:01 PM