So Friday happened.....I didnt die...or collapse...everything went AMAZINGLY actually....I am apparently a bit more resilliant than i thought!!! Both events were a success.....saw some old freinds and even made some new ones......and i made some people get up and dance...all in all a great night!!!!!!
SO I was going to post my playlists  here but I didnt keep track of what I played at the Japan Society event ...it was much more organic!!! But i did keep track of my Red Party setlist......

So for your perusal here is my setlist....{AND pics of my outfit{s} for the night in their respectve orders!!!!!} Special thanks to Candice for picking up the Mickey Mouse ears for me!!!!!! I did PUREVILE! them up a bit though.....

So...a BIG Thanks to Kristin for asking me to participate in the "Bye Bye Kitty" Sake Bomb charity event...and for Sean {DJ Templar} for asking me to guest DJ once again at "Red Party"....So until next time ..... 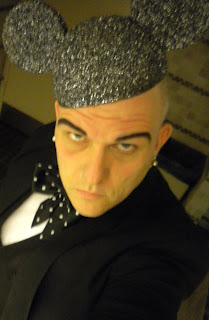 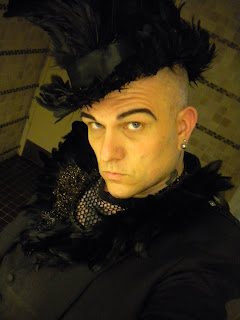