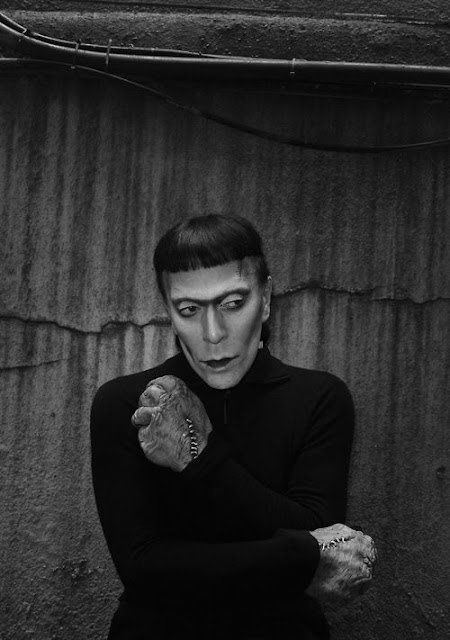 Its funny how certain people keep turning up in your life but you don't  really meet them until the time is right...

My friend jose moved to SF and when i finally found him {long story} i went out to see him...We saw a lot of sights one of which was TRANNYSHACK where i saw quite a show...two people that stood out were SupposiTori Spelling and Foxi Cotin...Best drag names EVER!!!! I was intrigued because they were pretty amazing performers.... and we even saw Foxi on the bus one day...but we never officially "met.....

...Flash to years later and i am with my boyfriend at the time and we go to an art opening of Walt Cessnas work...here i once again see Krys who is part of the burgeoning "Wolfpak" with Walt and Scooter.......but still haven't met.... 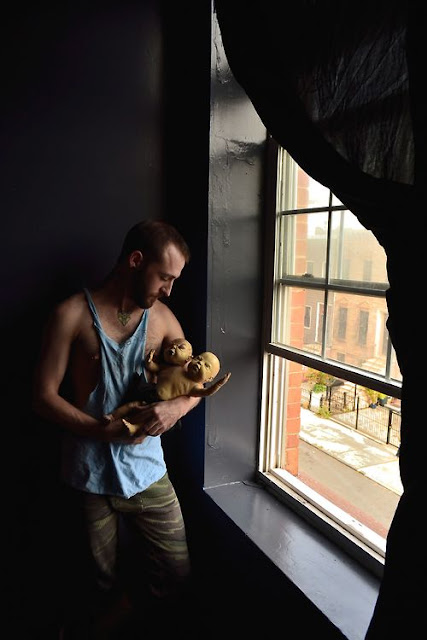 Perhaps some of you know Mr Fox's work.....as i did....he takes beautiful photos of beautiful people...mostly men...covered in tattoos or dragged-out to the nines...or in barely anything at all....its natural and raw and just stylized enough to create a fantasy...but so filled with a gritty reality that its hard to turn away....He sees something fantastic amongst the mundane of everyday life...and creates beauty with simple but beautiful sets...and an array of models.... 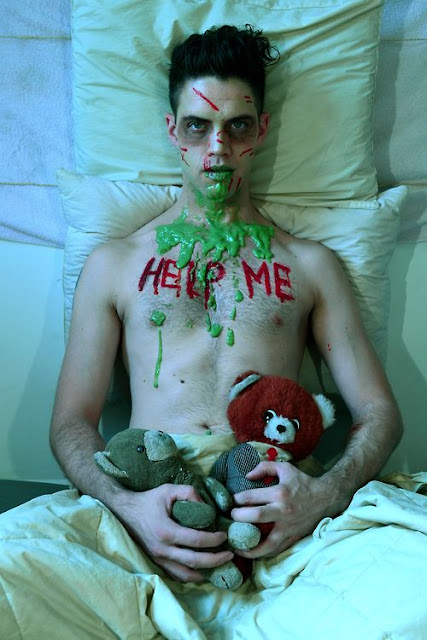 {Nicholas Gorman is Regan in the Exorcist!!!}

This year he did something near and dear to my heart!!! 31 days of HALLOWEEN!!! He posted a photo..{.or 2 or 3 }, every day of a different horror movie...big names of the genre...the Birds...Exorcist....the Blob...Friday the 13th and Nightmare on Elm Street to name just a few...and with models...gogo boys...nightlife luminaries and radical fairies he re-created classic Horror movies in his own vision...from his own personal memories of the films...films that helped shape who he is...like they did to many of us!!! 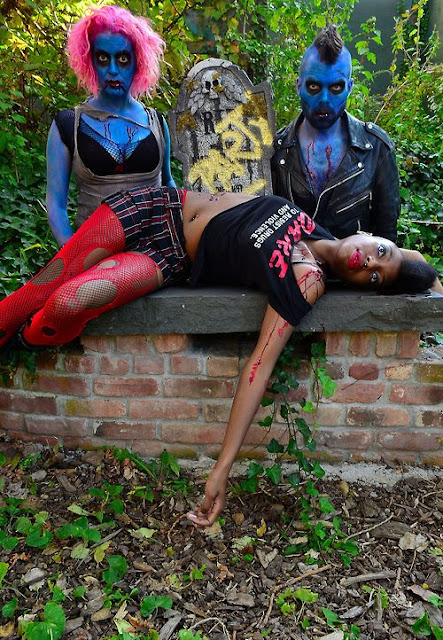 {Return of the Living Dead}

So if your a horror fan like i am...or just curious...please check out his photos...only a few more days left...and if I know Krys even after just meeting him,...i feel like he has some surprises up his sleeve!!!! 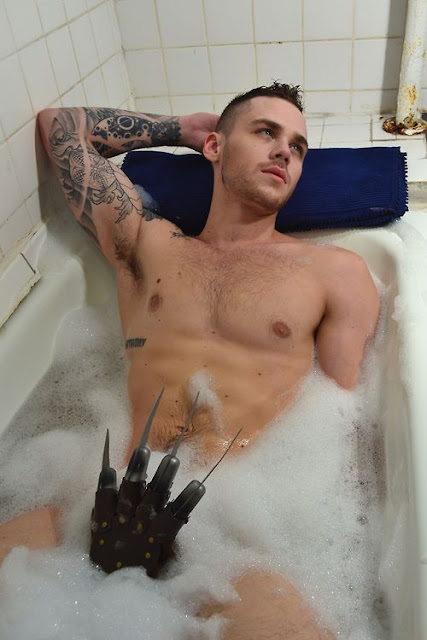 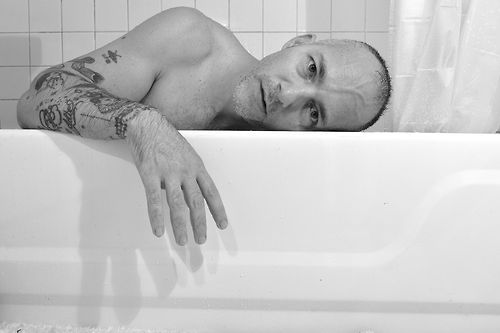 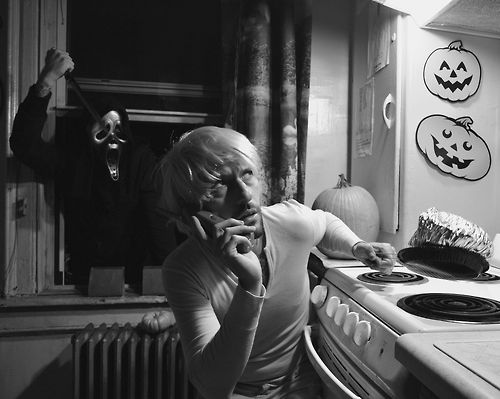