Show Me Your TEETH: PUREVILE! Behind the Scenes, Severly Mame Birthday Edition! 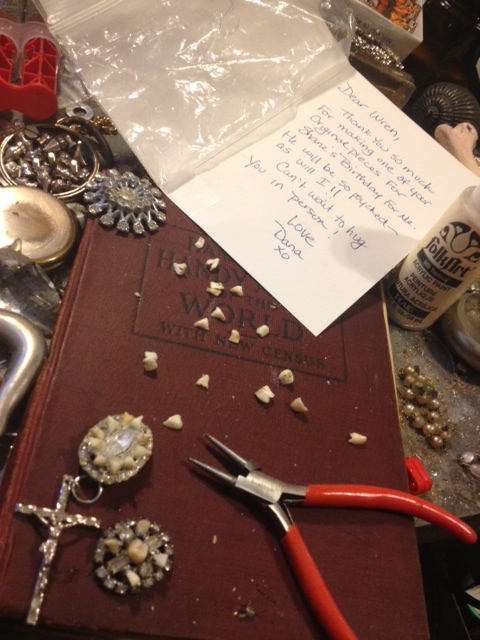 So My Beststest little witch Severely Mame {aka Shane} has a birthday coming up...and some time ago his mother contacted me to see if i could make him some special custom jewelry...You see, his mother {like MY parents} saved ALL his baby teeth when they fell out...She felt if ANYONE could make something out of them for her sons birthday i could...and you know what....

Shane means the world to me...he's more than a friend he's a brother a sister an inspiration nd muse...he's someone i can confide in and bitch too,,,he reminds me so much of myself...he carries a lot of darkness inside him like i do...alot of loneliness...but like me we both turn it into something creative and darkly beautiful....Hess my little Shanezilla / Little Satan Beale now and forever.... 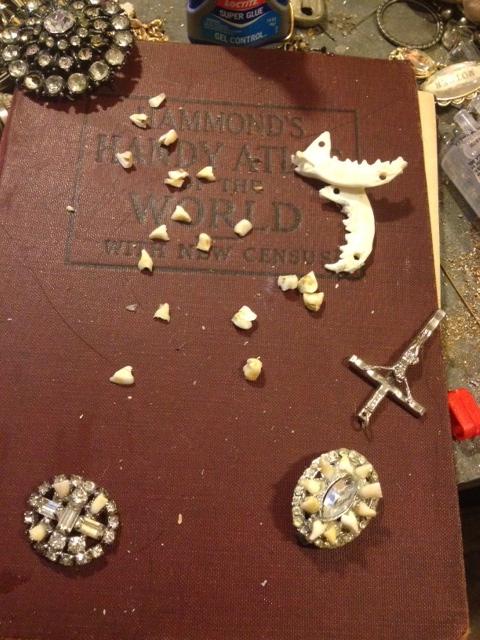 So initially i had an idea of making ONE piece for Shane mimicking a smile of sorts as a necklace design...then when i received the teeth i realized they were WAY too small for what i intended....So i cam cup with a secondary plan...to make multiple pieces that matched to be worn in tandem or alone....and either day OR night...boy or girl...because for Shane we need DIVERSITY! 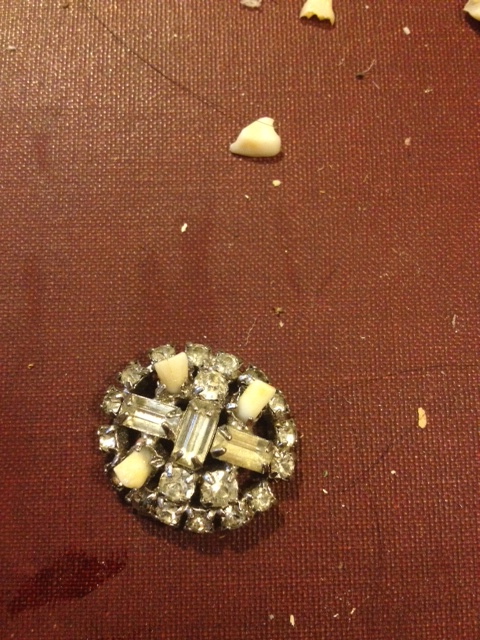 One i sea was a ring so i took an old rhinestone button and popped out the stones and repaved them with Shanes teeth which i shaved down a bit with my dremmel...then i apttached the button to a vintage ring et Viola!!!! GLAMMMMMOUR!!!! 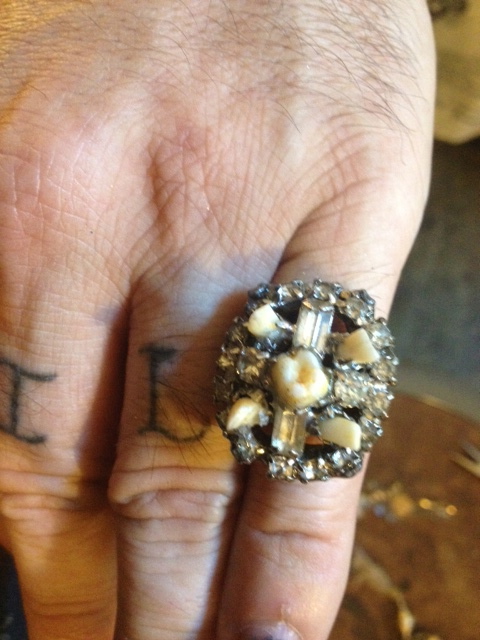 {and also the Snow} 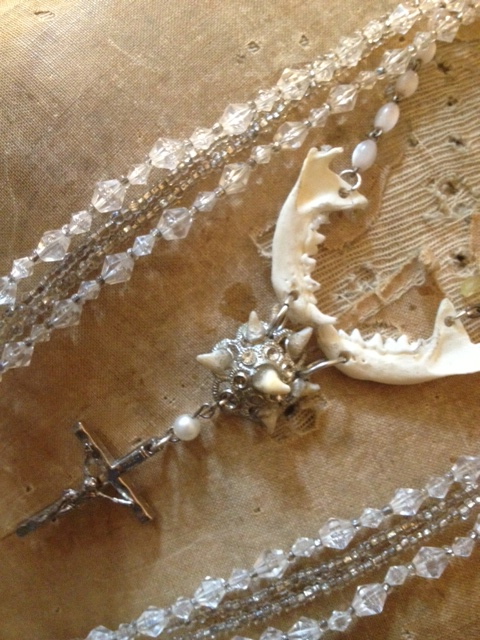 i also decided to make an icy glam necklace...the teeth were so small and tiny but once again fit so nicely in this small rhinestone button...i added small mammal jawbones to enforce the "tooth" concept...Shane wears a lot of black so i thought the icy crystals would shine nicely on his signature lqqks.... 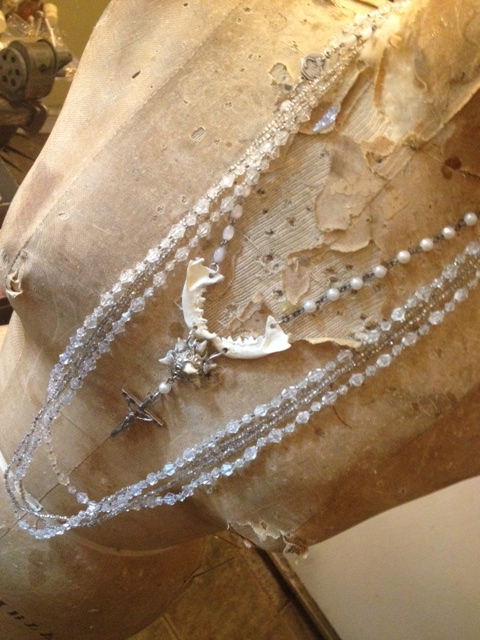 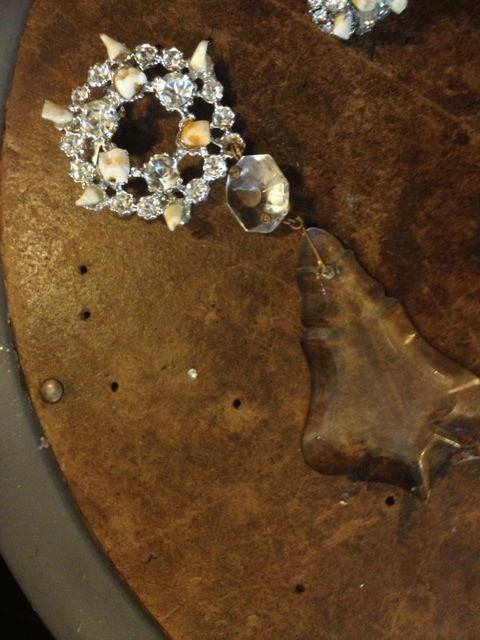 Then i made two brooches...one with a crystal and one more "witchy" with a birds foot on it....both using similar techniques to the other pieces.... 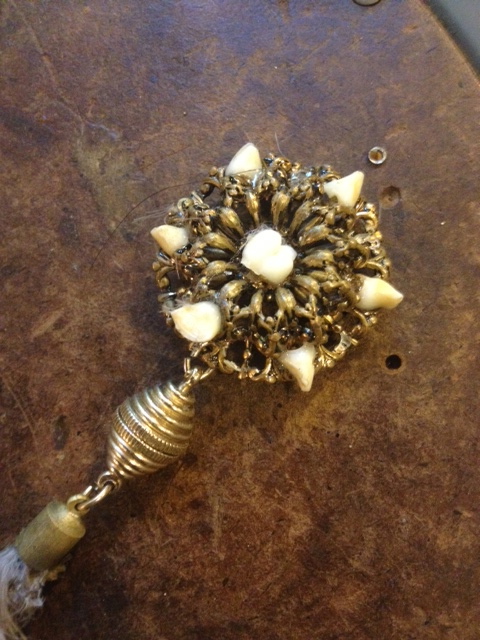 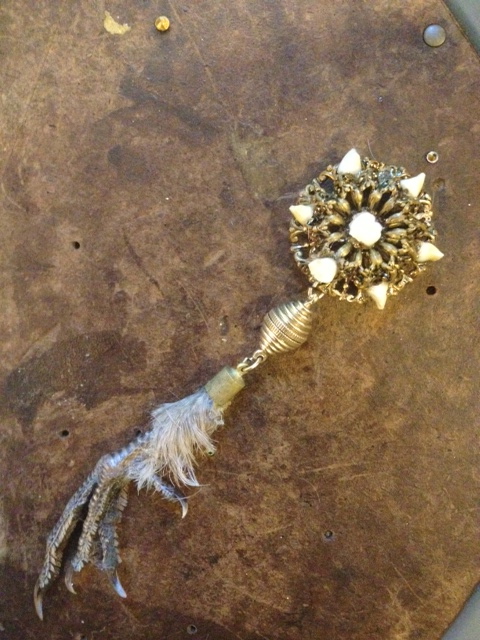 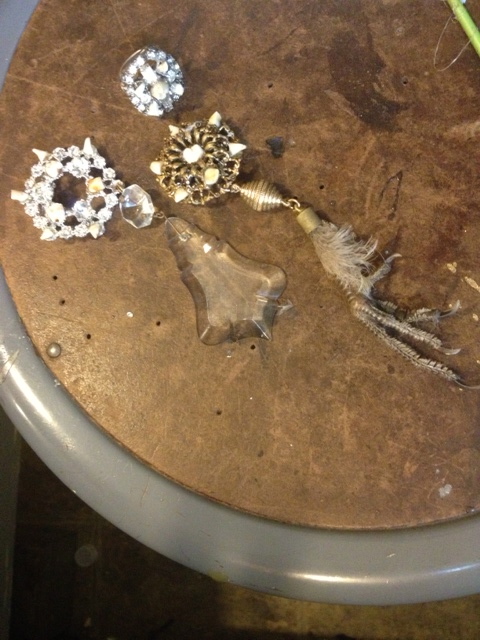 Then as an extra treat i wrote and illustrated a simple card...inside it said:

She took his witchy smile,
hid it in a cool dark place
to remind him someday
of his laughter
and all the smiles he gave her,
like candy on All Hallows Eve!!! 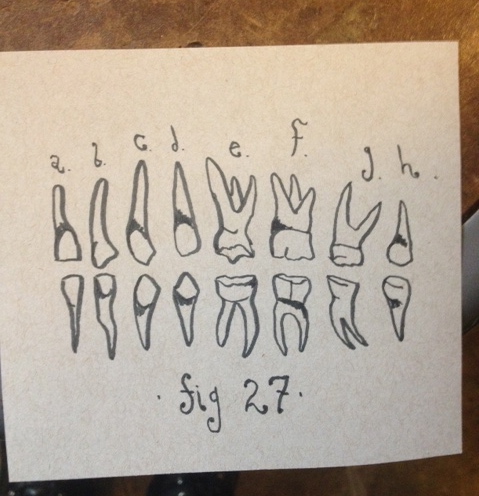 His Mom loved the pieces as much as Shane did and i was overjoyed to be able to be a part of helping her make my friends birthday a little extra wonderful!!!!

So Happy Happy early Birthday little  Shaney!!! And thank you Dana for asking me to design some pieces for Shane!!!!