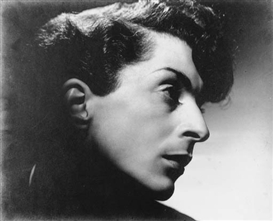 "The Piccadilly palare
Was just silly slang
Between me and the boys in my gang
"So Bona to Vada. OH YOU
Your lovely eek and
Your lovely riah"

Polari (or alternatively Parlare, Parlary, Palare, Palarie, Palari;[1] from Italian parlare, "to talk") is a form of cant slang used in Britain by actors, circus and fairground showmen, criminals, prostitutes, and the gay subculture. It was popularised in the 1960s by camp characters Julian and Sandy in the popular BBC radio show Round the Horne.[2] There is some debate about its origins,[3] but it can be traced back to at least the 19th century, and possibly the 16th century.[4] There is a longstanding connection with Punch and Judy street puppet performers who traditionally used Polari to converse.[5]


This was the first time I had even heard of Polari {i.e.:Palare}...through Morrissey, naturally, and his "thinly veiled" references to Gay life...{His or others}.....this was also pre- internet so I had a lot of trouble finding anything on the subject...and even with the advent of the electronic era it was still not easy to find...but i just LOVED the idea of this secret language used by gays during a time when being a homosexual was illegal.....The idea of people creating  way of communicating even though they knew they risked being thrown in jail...or WORSE.....It seems to have started as a language for thieves...and circus folk....and sailors...and then developed into what was to be known as "Polari" the secret language of the London Gay community...it is a combination many things...Italian ,French,Yiddish...and nonsensical words or words just simply said backwards...its truly more of a SLNG than a real language for theres no tenses or structure.......just simply a way to replace certain words with other words to keep conversation covert....it was very silly...very Camp...and very neneeded at the time....it was a way in a very public place of telling your friend how hot the guy just walked in was...or to share the tale of last nights conquest over some tea...like everyone should be able to!!!!! 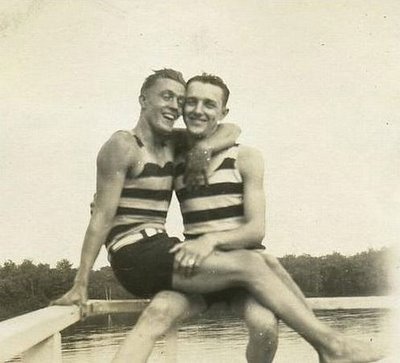 I had seen it referenced in a few movies like "the Naked Civil Servant" about the life of Gay Icon Quentin Crisp...and in a small scene in "Velvet Goldmine"....but other than that, not much else....so i became even more intrigued....and on my last trip to London i even searched GAy bookstores for books on Polari none of which I could find....but i gathered bits and pieces of information and even found a comprehensive glossary of words on the Wikipedia page ...http://en.wikipedia.org/wiki/Polari...So i was beginning to find out more and more about this "language"....Recently a friend of mine posted about this webcast on "the World"...its not super comprehensive...but a delightful little piece of history....definitely worth a listen!!!!! 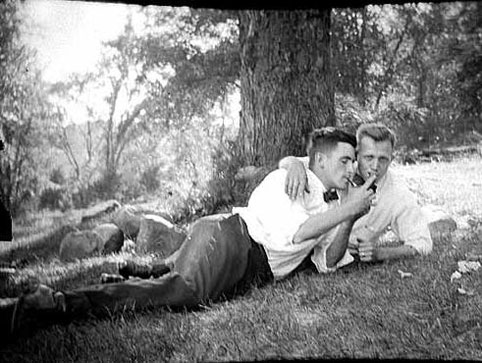 Even though it is a necessity that being Gay becomes accepted by society and that we all have equal rights......I always had a romance with the fact that it was always treated as something sinister or secret...the :underground" aspect of it...to me there was something ...i don't know...romantic about it....having to sneak around...having a secret language....as a young person slowly coming out there was something to this that appealed to me...it was all very much like living in a "Soft Cell" song...SO i think thats why i was so intrigued by "Polari"...this secret language that only WE knew....Something born out of need and necessity....Something covert.....somrthing...dangerous... 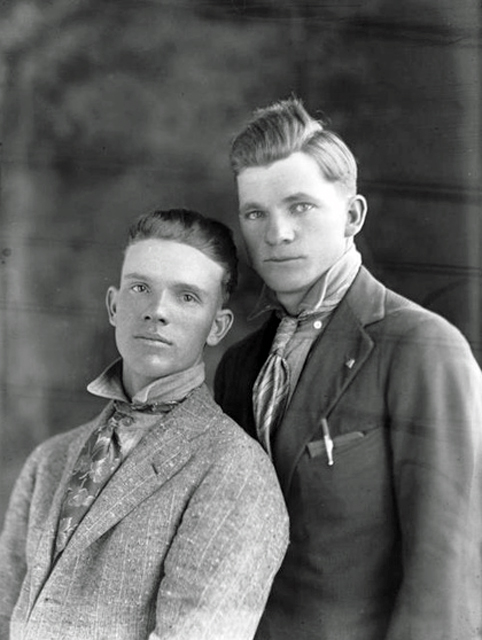 But in today's society we don't need it...though id like to bring it back in a small way...a phrase here...a word there....All the omi- palones might just be gagging over it one day, don't cha think dolly bird????